Posted on January 22, 2014 by sherijkennedyriverside 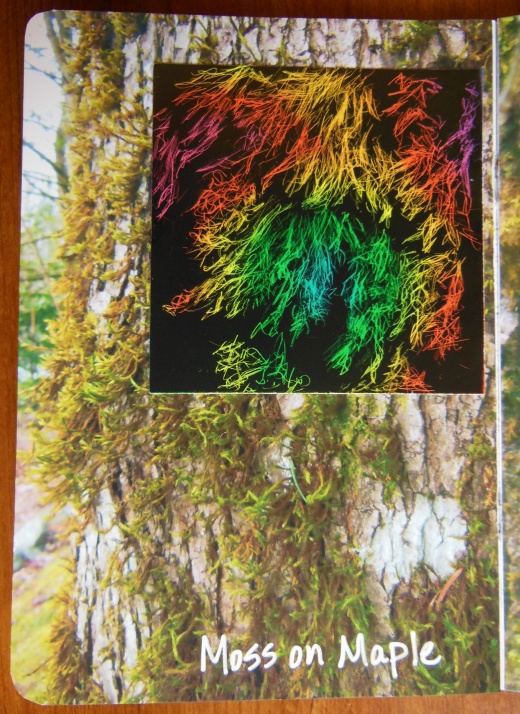 More tree trunks from my yard. When it came to the maple I was more fascinated by the way the moss grew on the bark and waved out from it that by the texture of the bark, so I sketched the moss instead.

The cottonwood is unbelievably rough, and it was the last photo I captured. The day I sketched it, I forgot to take a photo, and then it rained for ten days straight other than when it was dark out. Finally I had a brief moment when I stopped by home on an errand and managed to capture the photo between more rain showers.

These scratchboard sketches were also made using the bark wrapped around a small stick as a stylus.

Left brain, right brain, I can't decide. After many years of successful visual arts pursuits, I'm working on my other creative inclinations. For the past 8 years, writing has been my second full time job, and it's worth every sleepless night. Sheri J. Kennedy grew up mostly a city-girl coasthopping from Seattle to rural Pennsylvania, Miami and back to Seattle. She currently resides on the banks of the Snoqualmie River in the scenic Cascade Mountains. Her heart has found its home.
View all posts by sherijkennedyriverside →
This entry was posted in Artwork, Photo, The Sketchbook Project and tagged bark, cottonwood, maple, moss, nature. Bookmark the permalink.